Beinn Dubh is a mountain in Scotland with a height of 657 metres (2156 feet) putting it in the midst of the classification range for Grahams (Scottish mountains between 2000-2500 feet with at least 15 metres on all sides). It ranks 166th ordered by height from tallest to lowest in a list of 219 mountains in the group.

This is a short but steep hill walk from the Luss village car park, up to the summit of Beinn Dubh and down again along the same path, giving expansive views across Loch Lomond and its surrounding peaks, notably Ben Lomond. The route can be extended to encompass the rest of the Glen Striddle horseshoe.

You should allow at least 4 hours to complete this walk and even longer in winter conditions or if you want to stop and take in the scenery. There is a large flat section along the route which give the perfect opportunity for a rest stop to soak in the mountain scenery.

The path is relatively clear, but is boggy in places. Care should be taken at all times but especially near the last 200 metres of ascent, where the hill becomes significantly steeper to the left side, which may be particularly hazardous in poor visibility. The last section benefits from a fence which is a useful reference point on the OS (OL39) map for this more treacherous area of the hill.

Be careful not to walk past the steps to the bridge, it can be easily missed

There is a large car park at the start of this walk in the village of Luss. From here you walk along the road before crossing and turning right near the school and ascending up the steps of the footbridge that crosses the A82. There is a large pale coloured house on the right and just along from here you will see a gate and a signpost for the footpath that leads up to the Beinn Dubh summit.

The hill is signposted just past the bridge

The first section of the path heads up a grassy bracken covered slope, through a large gate and into a small patch of woodland called Strone Wood, where there is a telephone mast nestled within its boundaries. The woodland is a mixture of deciduous trees such as oak and birch, which are covered in moss. The path is rocky here and there is a large cable protruding from the path – be careful not to trip over it.

The path goes through a small patch of mixed woodland

Upon leaving the wood the path trails through another thick patch of bracken and through another gate. Now is a good time to stop for a breather and turn around to admire the breathtaking view of Loch Lomond – if you’ve been lucky with the weather.

The terrain levels off slightly as Ben Lomond and the tops of the Culag forestry plantation come into view on your right, giving your legs and lungs a welcome period of respite from the steep uphills of the path so far. It is needed, as the next section soon becomes steep again.

There are a few false summits as the path steepens again and you draw closer to the true summit of Beinn Dubh. Just past the 500 metre point, a low fence sits close to the path on the left, guiding you 100 metres of ascent, until you come to the point where you need to cross the fence (there is a steep crag to your left here so be careful – especially in poor visibility) and keep it close to your right for the rest of the way to the summit.

The path levels out again, making the climb more gentle for the last 50 metres of ascent to the summit, where a rocky cairn marks the top. Admire the tops of surrounding peaks before heading back in the direction you arrived from – unless you’ve decided to walk the rest of the Glen Striddle Horseshoe.

If heading back down the hill along the same path, you’ll be treated to sweeping views the whole way down on a clear day. Keep the fence close to your left until you reach the crossing point where it then runs along your right. The path separates from the fence just before the path curves to the left and then to the right. It can be slippery when descending so take it slowly here.

You’ll eventually reach the flatter section of the hill again and then the path steepens again down towards the gate before the woods. Once through the woods, go through the next gate, past the house and back across the bridge. Refuel in the village tearoom.

Coffee & Cake : Coach House Coffee Shop – This is a busy but cosy and dog friendly tearoom which is popular with visitors. It has a large selection of cakes, hot food and drinks, you can even try a banoffee coffee.

B&B: The Green Kettle Inn – Situated a short drive from Luss, this B&B is a quirky and cosy place to stay. The tearoom serves hot food and drinks and has a large collection of interesting retro bits and bobs on display.

Wild Camping : Loch Lomond & The Trossach National Park – Loch Lomond is a fantastic place to wild camp, however please observe and adhere to the camping restrictions that are in place during the busy tourist season. 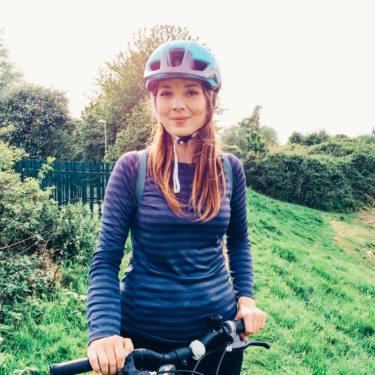